In San Francisco, engagement photos can be shot just about anywhere. Mount Tamalpais is easily one of my favorite locations, though. We visited San Francisco in 2017 and accidentally ended up catching a sunset at Mount Tam. While the drive up through winding roads can potentially make you car sick, the views are out of this world. Rolling hills for what seems like miles – it feels like a desktop background.

Ever since we got to San Francisco it’s been a constant state of “we’re definitely not in Louisiana anymore.” From Big Sur to the Marin Headlands to the mountains in the distance on our daily drives. The vistas are something I’ll never take for granted. When Kim and Brendan made the trip all the way out to see us it was the perfect situation to head up to Mount Tam and blow their minds. After a quick stop at Muir Woods to look at the big ass trees (seriously they’re so big) we made the drive up to the top. (A pro-tip: take a Dramamine even if you don’t normally get car sick. Thank me later.)

We had the best day exploring San Francisco with Kim and Brendan for their engagement photos. After trekking all over the city, they were troopers while we braved the cold – it was a lot colder than they made it look, lol. The photos that we got were so worth it, though. When you have a couple like them and a setting like Mount Tam with light like this, it’s pretty hard to screw up. 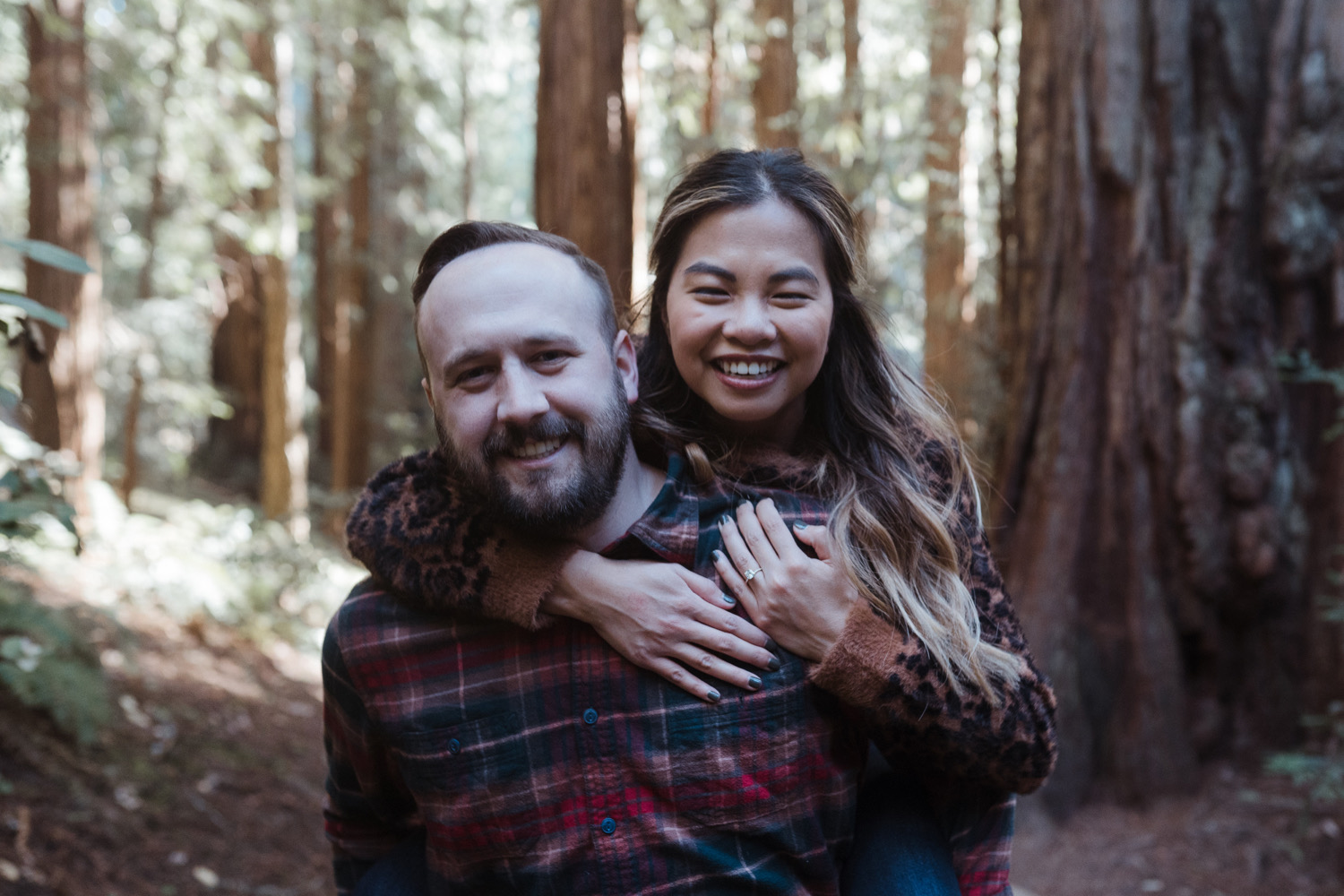 Based in New Orleans | Available Worldwide